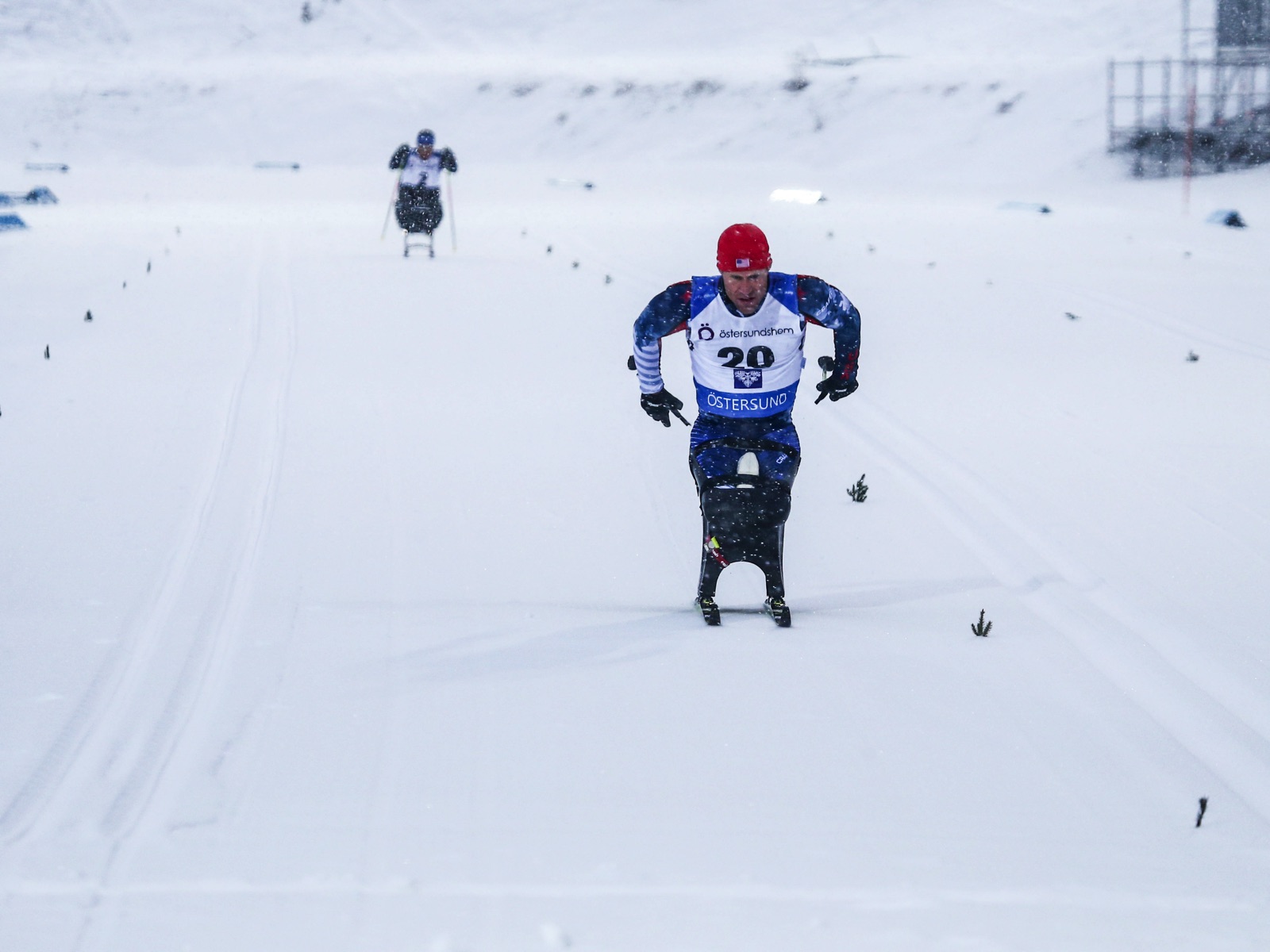 When the men sitting class started to race the snow had begun to fall. Daniel Cnossen thought that today’s race was very tough because of the snowfall. The course got a little bit slower because of the snowfall and this is his longest race 15km but he enjoyed it. He won with over 30 seconds before Martin Fleig form Germany who ended up on a second place.

– I get updates from my coaches every lap to know were I’m standing and that made me push myself harder and harder, said Daniel Cnossen.

He’s tactic was to work his way in in the race, because he had six laps in front om him. He felt that his body answered him good, but he felt a little bit tried from yesterday’s race. Now he looks forward to the biathlon and cross country sprint next week.

In almost one month the world championship starts in Canada, Prince George and Cnossen look forward to it.

– We’re here to get ready, we have a good team, great coaches and great equipment, so we’re very excited to go to Prince Georges for the world championship, said Cnossen.