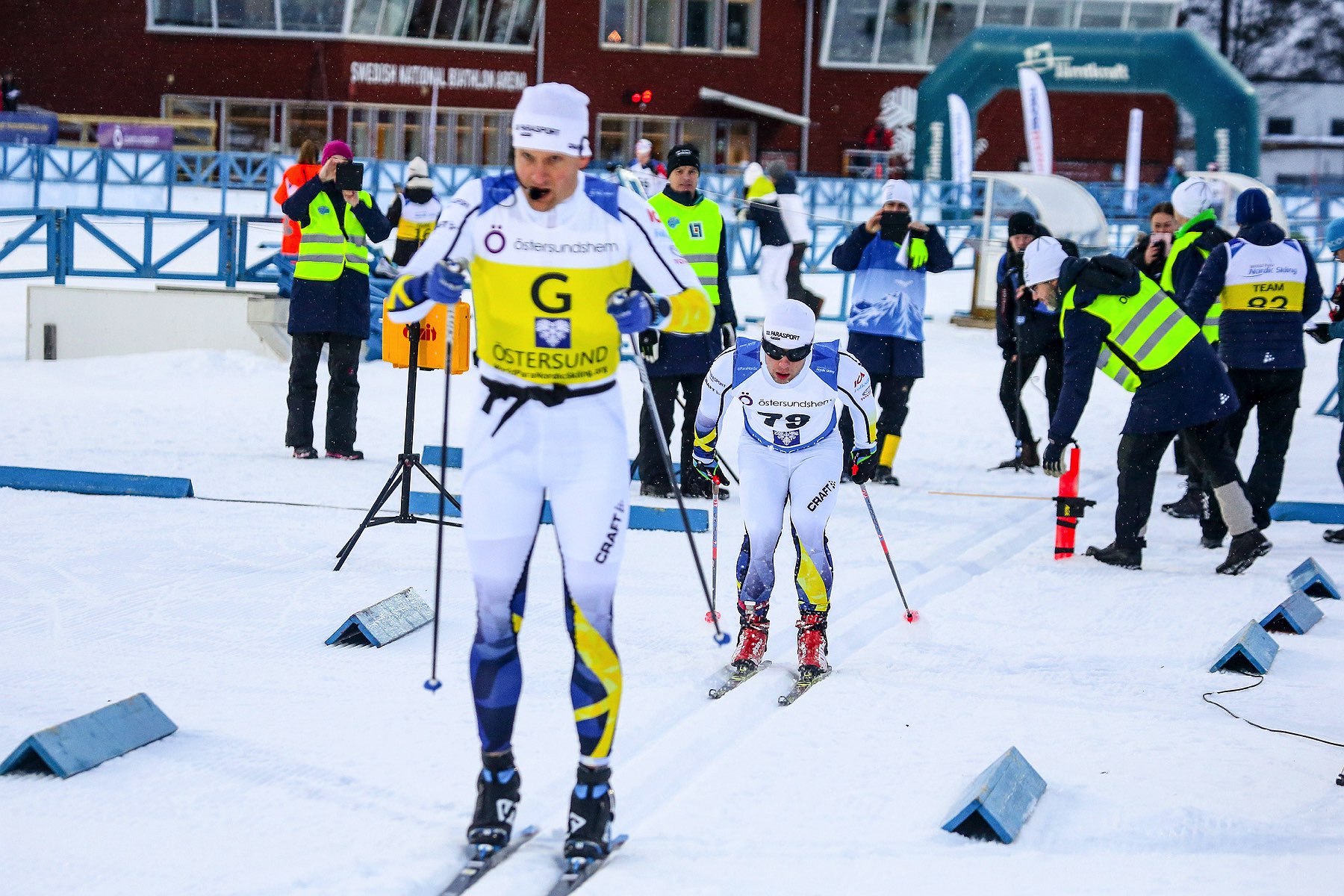 First day of the World Cup in Östersund

The winner of the women sitting race was Oksana Masters from the USA with the finish time 13:14.1. In second place, from the USA as well was Kendall Gretsch with the time 13:24.00, 9,9 seconds after Masters. Birgit Skarstein who is the world leader ended up on a third place with the time 14:02.5.

– It’s really good to be done, It was a tough race and very funny, said Skarstein.

She was excited before the race and felt like she was on her “home arena” because she grew up four hours from here. Skarstein looks forward to the rest of this competition and explain that it’s a different course from what she raced in before.

– It’s a lot of thinking, so I need to ski on a different way than I’m used to. But it also cool, said Skarstein.

Then it was time for the women to compete in standing. The winner of the race was Vilde Nilsen from Norway who also turn 18 years old today. She finished on 21:42.9. In second place Luliia Batenkova from Ukraine with the time 23:00.9 and on third place as well from Ukraine was Oleksandra Kononova with the time 23:12.4.

In the women visual impairment Carina Edlinger from Austria was the winner with the time 23:03.3. She has lived in Östersund for two months now and will definitely stay here. She is happy about the race.

– Today we made a race to be proud of, said Carina Edlinger.

In second place ended Oksana Shyshkova from Ukraine with the time 25:57.4.

In man standing class Grygorii Vovchynskyi from Ukraine took the first place with time 28:47.9 and in second place Witold Skupien on 29:30.1 from Poland. In third place took Norwegian Hakon Olsrud on 30:15.2.

The last race for today was the men visually impairment and Zebastian Modin secured the profit on his home arena with the time 28:05.09.

– It was a tricky course, said Sebastian Modin.

He think it feels a little bit strange to have a world cup at home and he was not extra nervous to compete at his home arena.